So…it’s all officially over. You can read Assignment 4 in all it’s glory here.

The papers are in, the grades are in, and this past week I’ve been giving myself massive amounts of sleep, comfort food, and grace as I recover from what may well be the most intense term yet. Yeah, between my promotion, birthday, travels, meeting schedule, and massive papers and learning…I don’t think “most intense” is an overstatement.

Good news is that thus far I’ve succeeded far beyond what I ever thought possible and for that I am so so so thankful. In the next week or so it’s time to contact my esteemed adviser, get into the flow of summer research, and figure out how not to fritter away the next 4 months of my life. Today…living small seems to be just fine. In fact…it’s pretty awesome. 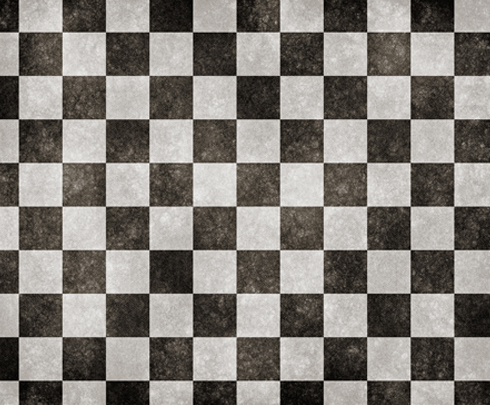 In some ways it feels like this class has lasted over a year because of the sheer volume of information covered. In other ways (as the crazy intricacies of research are only now beginning to not just be meaningless scribbles but resolve to some more beautiful whole) I’m only just beginning to feel like I’m understanding the complexity inherent in research design and methodology. Ironically where I am now, I don’t want this class to end! What if I fail on my own???

I suppose being in this space is the perfect position to begin a summer research adventure to narrow into my own dissertation topic, bond with my supervisor, and continue to grow into myself as an academic, but I will admit it feels almost dangerous to strike out without the framework of a class–like I might come to the edge of the paradigm world and find dragons and not be fit for the battle. But, I will say it’s exciting too because the world has gotten quite a bit larger with this class and even more my own confidence level has increased exponentially. I never knew I was capable of this type of work but now there is no doubt in my mind that– while it won’t be easy–I am more than up to the task.

Regarding this class itself, the posting that I made that proved most helpful to my own learning happened early in the term. We had just started trying to de-tangle ontologies and epistemologies and I was unexpectedly offered a job promotion. Though I was honored to be asked, I was also quite concerned because I had recently whittled down my own personal ontology and epistemology and realized that my supervisors didn’t share my own views. I was concerned that these differences of opinion would prove divisive should I accept the position. When I put the posting out there initially, I was somewhat hoping that everyone would agree with me and say that yes indeed the only safe bet was to always surround yourself with those who share your ontologies/epistemologies because then you can form a happy, safe clan and never face conflicts. Instead, it seemed everyone universally praised the dynamic environment that comes when people with differing views work together because in that conflict and negotiation–in that atmosphere of constant challenge and risk–there is much more potential for real and positive change because everyone builds on the ideas and differing viewpoints of everyone else. Rather than fearing the conflict that comes with difference the general consensus seemed to be that it’s valuable to identify it and then in a respectful space, use that diversity to build something greater. It’s challenging scary work for someone like me who craves peace above all, but ultimately it seems like the best outcome. I did end up accepting the promotion and it was in large part because of the wisdom I’d received through the cohort and our discussion.

The posting that I made that I think helped the learning of others in the course most was the work that Lynne and I did together on Arts-Based research. Lynne had initially chosen the topic when we’d agree to be partners and as we dug into it together we both got quite excited about how it really has the ability to join the previously at odds worlds of art and more scientific research. Given my story, I feel like in many ways most of my educational life has been an exercise in arts-based research (though I had no idea the title even existed) so reading articles others had written and learning more about its applicability and scope, felt a lot like coming home to me. When we posted our own reflective prompt for the class to engage in an arts-based reflective exercise it was great to see everyone jump in and give it a try. We got several positive comments from others particularly describing the fun they had in leaving the well worn path of text reflection to use visuals to capture more of the tacit feelings they had. It seems that there is value in re-imagining the metaphor of academic-as-writer only and I was glad, with Lynne, to open up a new way for everyone to express themselves and also feel like through the exercise they may have gained a little more insight into how I naturally tend to approach the world.

Regarding my own level of participation and learning exchange in the Landing, I will confess that I feel some guilt that I should have done more, been more present on the landing, added more comments/blog posts/links, etc. Though I always read what had been posted during class I think the sheer volume of information to take in overwhelmed me. Rather than take the time to reflect on what I was encountering, I kind of just kept on taking in more and more and more information hoping that once inside my head it would all sort itself out. It turns out, instead of sorting it out…I just got bloated with too much. Looking back I wish I hadn’t felt so compelled to “learn it all” and instead paced myself more and built in intentional reflection spaces where I wouldn’t force more info in, but rather I’d process what was already inside me. I think a lot of my own personal feelings of being overwhelmed stemmed from the fact that I ignored how I learn best. This class was a bit like an all you can eat buffet of research strategy and instead of pacing myself, I kind of just gorged on it all. The subtly of the flavors were lost in a kind of binge on ideas and concepts that were totally new to me. The good news is that the Landing has kept an archive of all the interactions, postings, etc. so I can go back in and target specific areas that interested me. The bad news is that it might take a couple weeks to regain my appetite.

I found the Adobe Connect sessions to be super helpful in my own engagement with the material. I think in these sessions we all communally could reflect on what we’d been wrestling with and together make some context for these ideas and applications. For me these sessions were grounding because the actually did provide the intentional space to reflect and think and not just try to consume in such a frenzy. My only wish would be that there would have been more of them as sometimes the every two week schedule felt like too long to be apart from the group. I found myself craving a little community campfire time with a bit more frequency than the every-two-week regiment.

I also like the additional technologies that were introduced in class. I am quite comfortable with Moodle and Adobe Connect and it was good to also be introduced to Voice Threads. I think that the more ways you can introduce new technology the better because it forces us as students to apply what we’re learning in new ways. We all can read and then write a summary, but adding in voice reflection and even video forces you to re-think your ideas in good ways. My only recommendation would be to have more of it, if possible.

Overall, I think it was a great class and I know that regardless of my letter grade outcome, I have indeed learned a lot. Not only has my academic vocabulary been supplemented but more importantly I feel like I actually do have a strong grounding on which to build whatever happens next. The qualitative research world is quite broad but it’s ultimately nothing to fear. Though there were times I was pretty sure I might implode, I am glad that I kept with it and had the cohort by my side every step of the way. I don’t think it is too bold a statement to say that our synergy may have been what carried us all through.